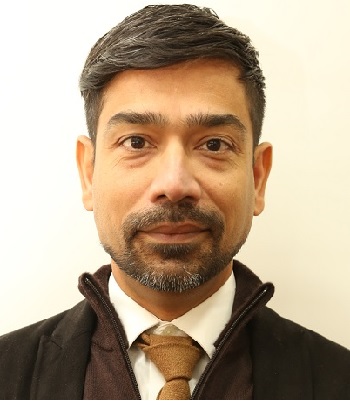 Sumit Baudh is a candidate in the Doctor of Juridical Science (S.J.D.) program at the UCLA School of Law. He is also a fellow of the Center for Intersectionality and Social Policy Studies, Columbia Law School, and University of California Human Rights Fellow. Sumit earned his Master of Laws (LL.M.) from the London School of Economics, and graduated with honors as Bachelor of Laws and Arts from the National Law School of India University (NLSIU), Bangalore. He is a former British Chevening scholar and qualified to practice law in India and the United Kingdom. Sumit served as assistant professor and assistant director of the Centre for the Study of Social Exclusion and Inclusive Policy, NLSIU, Bangalore. He has also served as legal advisor, researcher and consultant to various national and international organizations including the Arcus Foundation, United Nations Development Program (UNDP), the Norwegian LGBT association: LLH, Astraea Lesbian Foundation for Justice, Commonwealth Human Rights Initiative and Unilever. In addition to his legal work, Sumit has published several academic articles and given scholarly presentations at conferences internationally. His areas of interest include caste, gender, sexuality and human rights. Sumit has volunteered his time and expertise to advocate for social justice causes and he has worked extensively with the Voices Against 377 to fight against structural inequalities in the Criminal Justice system in India. 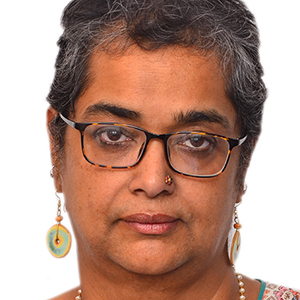 Pramada Menon is a queer feminist activist who has been actively involved in the social justice and women’s human rights sector in India and internationally for more than two decades. She is the Co-founder of CREA and worked there as Director Programs from 2000 till 2008. Prior to that she was with the Dastkar, an organization working for the promotion of crafts and crafts people, as Executive Director. Since 2008, she has been working as an independent consultant with a variety of organizations on issues of women’s human rights, gender and sexuality, organizational change management and professional coaching. Pramada is also a stand up performance artist. She has traveled with her show Fat, Feminist and Free to various cities. In 2013, she directed her first documentary film: ‘And you thought you knew me,’ a film that explores the lives of five people, who were assigned female gender at birth and their interactions with sexuality, queer activism, gender and Delhi. 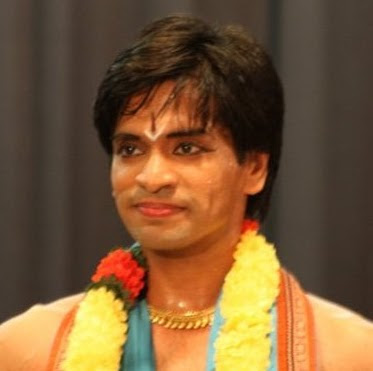 Aniruddhan Vasudevan is from Chennai, India, where has worked with different LGBTQ groups and activists for a decade or so now. He writes on gender and sexuality and other things in Tamil and English, and is an award-winning translator of Tamil fiction to English. Ani works closely with Nirangal, a collective of activists working towards LGBTQ and sex worker rights. He is currently a PhD candidate in the Department of Anthropology at the University of Texas at Austin. 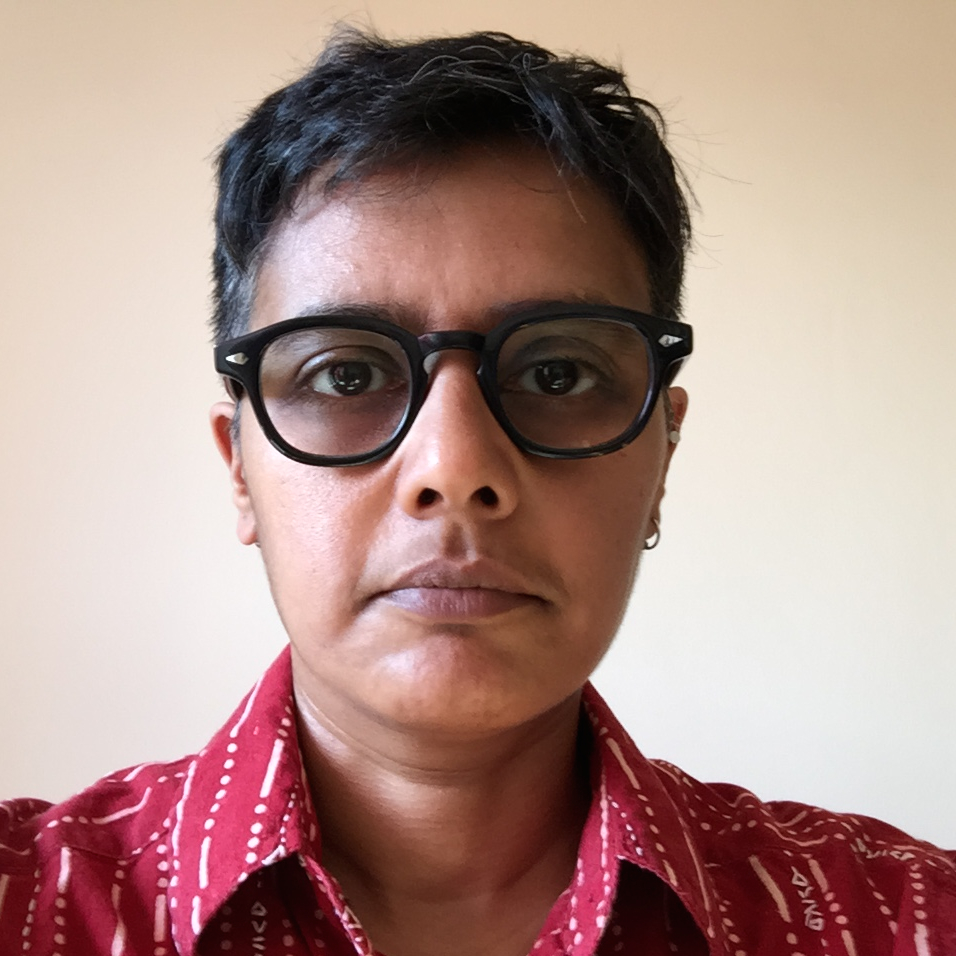 Svati P. Shah is an associate professor of Women’s, Gender and Sexuality studies at the University of Massachusetts, Amherst. Previously, she was awarded a postdoctoral fellowship in sexuality studies at Duke University, and had served as visiting assistant professor at Wellesley College and New York University. She has spoken about her work extensively in the U.S., India, Europe, and South Africa. Dr. Shah earned a PhD in 2006 from Columbia University’s joint doctoral program in anthropology and public health; she also holds an MPH from Emory University. Dr. Shah has taught sexuality studies and feminist studies in her courses, and in workshops and short-term courses taught internationally. Dr. Shah’s has published work on a range of topics that explore the intersections of urbanization, sexuality, migration and political economy. Her research has examined these intersections ethnographically, through studies of sexual commerce and LGBTQ politics in India. Dr. Shah also works with a number of charitable foundations and community based organizations, both in the U.S. and in India. Her ethnographic monograph entitled Street Corner Secrets: Sex, Work and Migration in the City of Mumbai was published by Duke University Press in 2014. Her new three new projects examine the relationship between climate justice movements and trade unions, the intersections of sexuality politics and land rights movements in India, and pedagogical questions that derive from theorizing sexuality in the non-Western world. 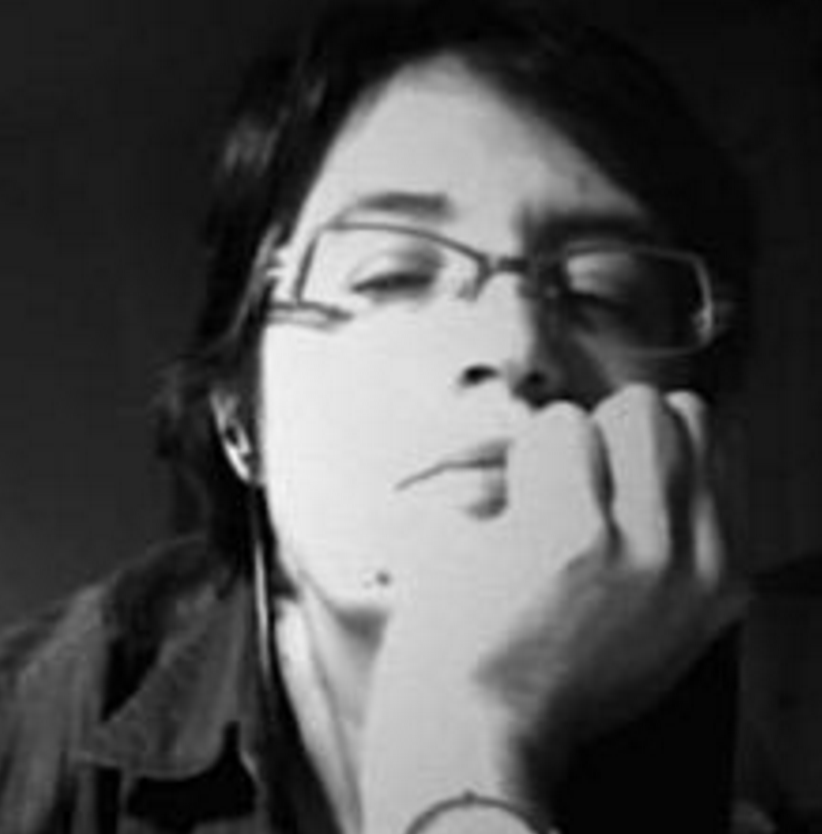 María Mercedes Gómez is a Colombian academic and human rights activist whose work has focused on exploring the challenges of understanding, preventing, and reducing violence based on sexual prejudices in the US and Latin America. María holds a Ph.D. in Political Science, as well as a M.A. in Gender Studies and Feminist Theory from the New School for Social Research. She taught for many years at the Universidad de los Andes in Bogotá, Colombia as well as in universities in Canada. María has also served on the legal team and the Board of Directors of Proyecto Colombia Diversa, an NGO dedicated to promoting human rights of LGBTI communities in Colombia. Gómez was co-editor (2005-2011) of the online journal Sexualidades in America Latina as part of the International Resource Network (IRN) hosted by CLAGS-CUNY. From April 2013 to May 2016 she was the Regional Program Coordinator for Latin America and the Caribbean at OutRight Action International (formerly known as IGLHRC). In July 2016 she joins as full time faculty the department of sociology and criminology at Saint Mary’s University in Canada. 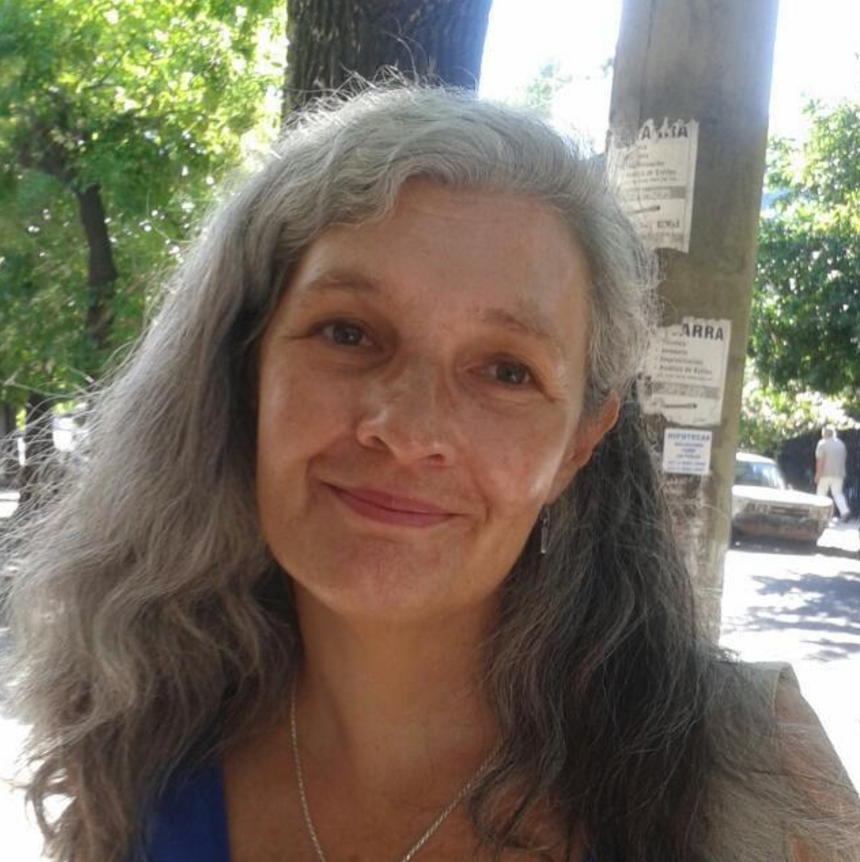 Alejandra Sardá-Chandiramani is a sexual rights activist. Because the full realization of sexual rights for all is inseparable from a fair economic and social order, Alejandra is also an activist against Neoliberalism, even when it disguises itself as progressive. Alejandra has a long trajectory of activism in different spaces, from the streets to the UN and feminist funders and continues to visit all of them. Alejandra is part of Akahatá – Equipo de Sexualidades y Genero and currently pursuing post-graduate studies on Human Rights (UNLP, Argentina). Alejandra is also a translator, writes novels and sings Uruguayan murga. Alejandra is married to Radhika Chandiramani, lives in Buenos Aires and has two feline life companions. 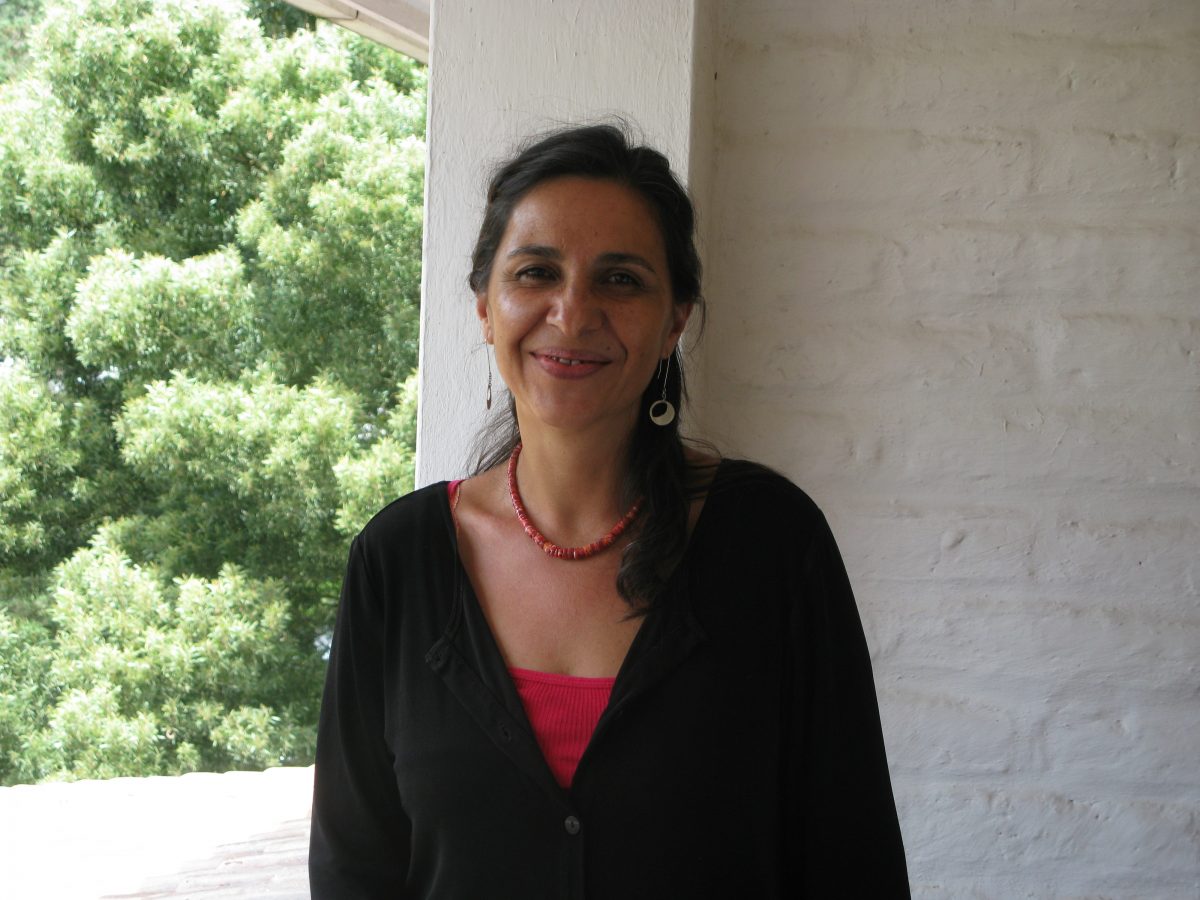 Tatiana Cordero Velásquez is an Ecuadorian scholar of gender studies and activist who was part of the feminist collectives that worked to ensure the inclusion of women’s and LGBTQ rights in the two latest constitutional reforms in Ecuador (1998; 2008). She has presented expert testimony on the issues of discrimination and violence to the Inter-American Commission on Human Rights and has published widely on human rights issues. She has been a national and international consultant and counselor of women’s funds for more than a decade (Mama Cash, GFW, Astraea, UAF-LA) and of Human Rights Watch for the LGBTI initiative. Previously, she served as Executive Director of Corporation Promotion de la Mujer/Taller de Comunicacion de la Mujer and as a coordinator of the Women, Health and Development Program, and the Pan-American Health Organization in Ecuador. At present she is the Executive Director of UAF-LA where she brings her expertise on women’s rights and LGBTQ rights in Latin America. 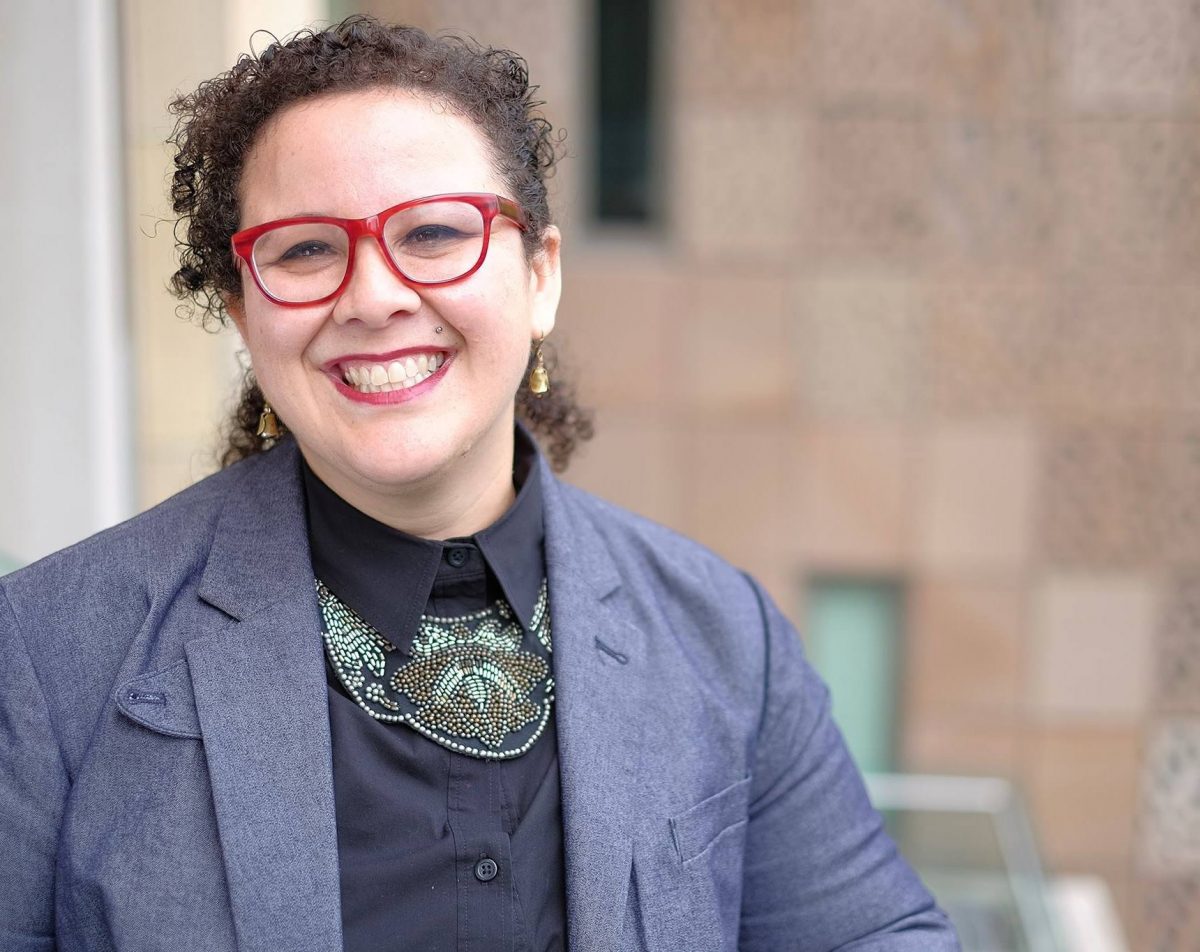 Originally from Puerto Rico, Dr. Rivera­ Velázquez has explored a broad range of LGBT/queer movements across the Spanish­-speaking Caribbean and the United States. She obtained her doctorate on Communications & Media at the University of Illinois in Urbana­-Champaign in 2011, while simultaneously working at New York University’s LGBTQ Student Center in between 2009 and 2015. She served as the Director of NYU LGBTQ for the last three years and as an Adjunct Faculty for the Silver School of Social Work for the last four. Dr. Rivera­ Velázquez is an alumna of the 21st Century Fellows Program of the Pipeline Project, which focuses on the advancement and strategic development of people of color working in LGBTQ and social justice non-­for-­profit organizations. She also completed a two-year term as part of the Executive Board of the Consortium of Higher Education LGBT Resource Professionals. Throughout her career, she has combined written and visual knowledge production to train and consult, as well as screen and present, her work in national and international settings.