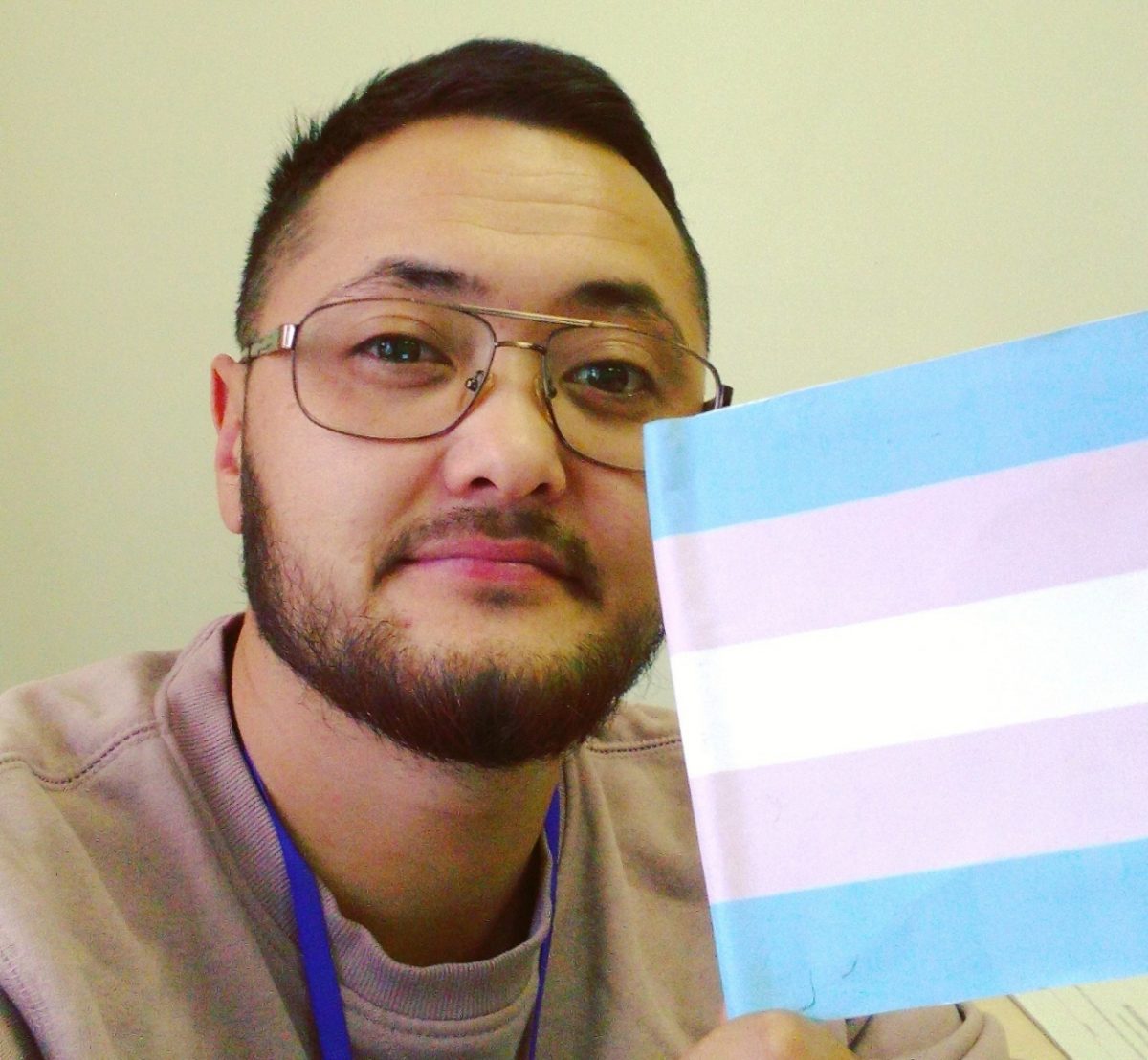 Sanjar is from Kyrgyzstan. He has worked several years as Executive Director of Labrys, Kyrgyzstan’s main LGBTQIA organisation. Sanjar built his expertise on legal gender recognition as well as developing partnerships with the sex workers movement, drug users and community building in Kyrgyzstan. Since 2019 Sanjar works for Transgender Europe as coordinator of the PROtrans project on monitoring discrimination and violence against trans people in Eastern Europe and Central Asia. 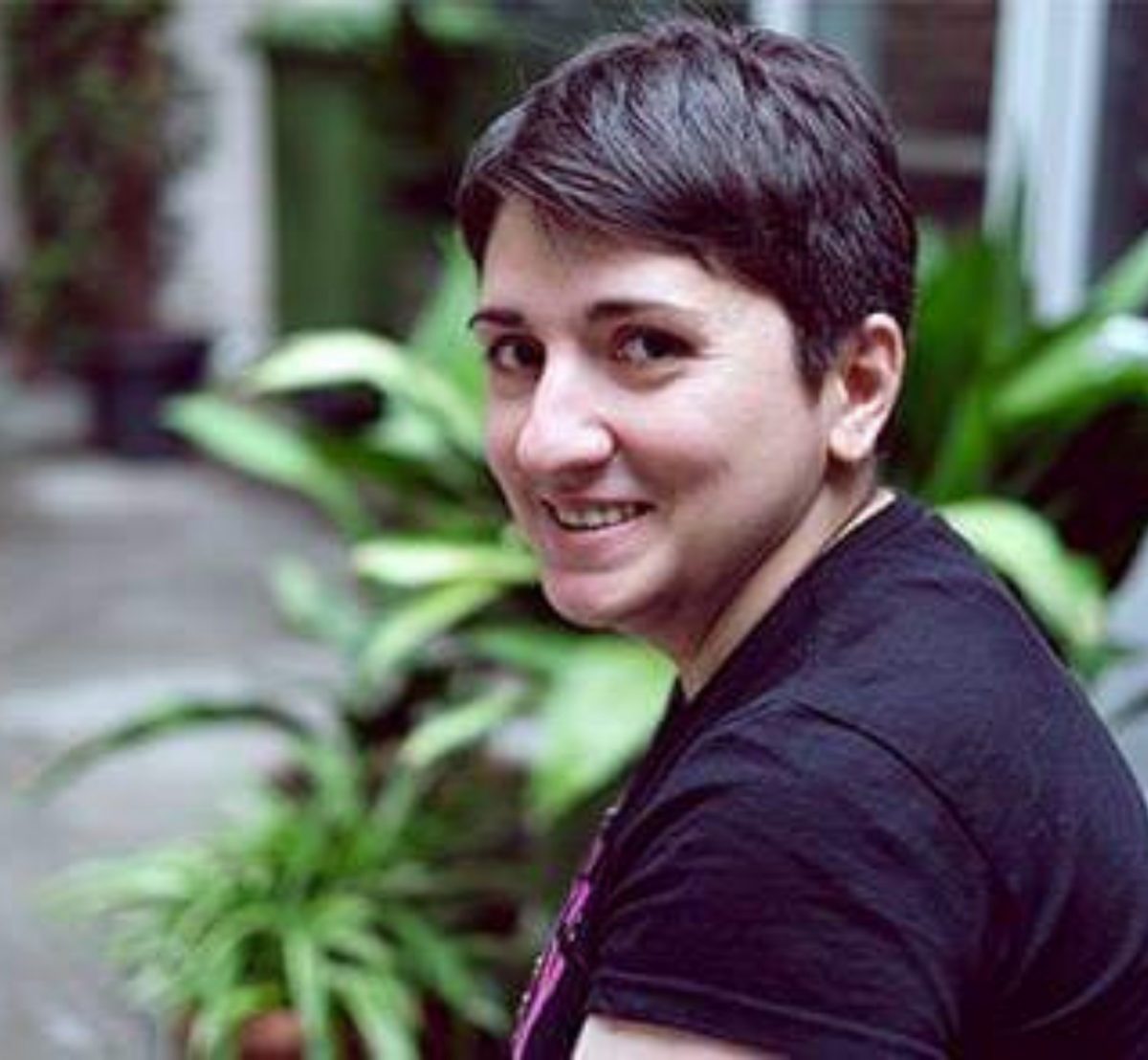 Natia is lesbian feminist activist from Georgia. She has been active in the feminist and LGBT movements in Georgia for 10 years. She is one of the founders of Independent Group of Feminists and has worked in organizations like Identoba and Women’s Initiatives Supporting Group focusing on research, community mobilization and advocacy related to women’s and LGBT rights. Natia is one of the first publicly open lesbian activists in Georgia and has done much work connected to raising positive visibility of LGBT communities in Georgia. She currently lives in Sweden and works at RFSL – The Swedish Federation for Lesbian, Gay, Bisexual, Transgender and Queer Rights, with a specific focus on advocacy in the Eastern Partnership countries. 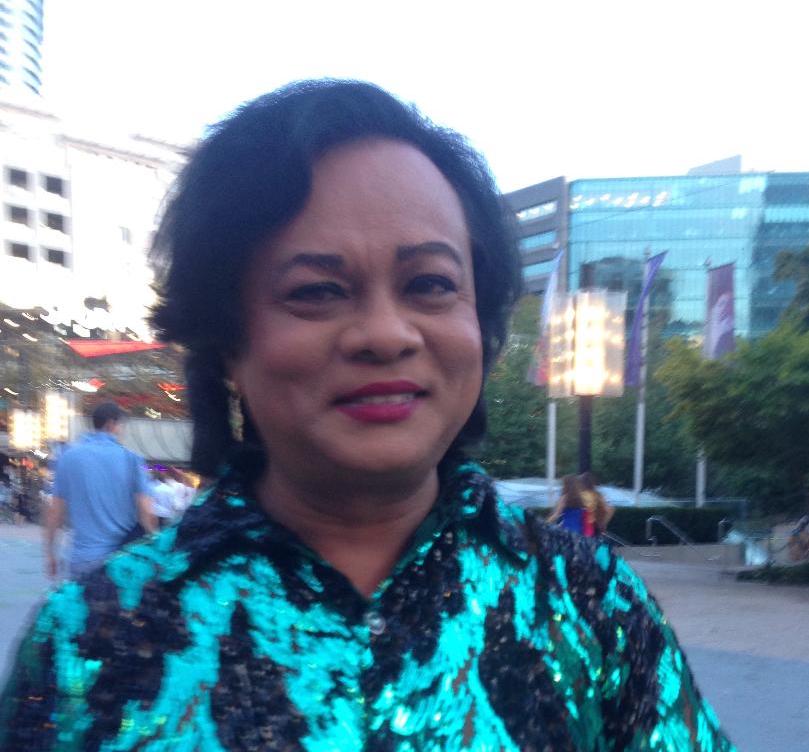 I Devanand Milton (Millie) is a Transgender woman who is actively involved in the planning,
implementation and oversight of HIV and AIDS in Guyana. I am Vice Chair and Transgender
representative on the Country Coordinating Mechanism (CCM) for Global Fund in Guyana.
I have obtained formal education from Stewartville Secondary School and Nations University. At
these institutions I obtained General Cambridge Certificates in the area of Science and a
Diploma in Business Management and Finance from Cambridge University.
I am entrusted with the responsibility to share HIV prevention messages, encourages early HIV
Counseling and Testing, referral for sexual health services, distribution of condoms and water
base lubricants and distribution of Biological Behavior Communication materials. I also conduct
Support Group Meetings with HIV+ and Key Population (KP) who was not tested in more than six
months. I gave psychosocial support counseling to peers. I also prepare monthly reports for
review on HIV prevention progress.

I am also responsible to supervise and support grass roots individuals from the Key Population,
in programmes relating to Stigma and Discrimination, Gender Base Violence, Counseling and
Testing (HCT), Care and Treatment as well as programme monitoring and reporting – Technical
and Financial. These two distant roles create an opportunity for me to understand HIV
implementation both at programme and implementation level. I am able to understand the
unique needs of Key Population while promoting interventions at programme level to meet
these needs.

I am a NGO Delegation Member on UNAIDS PCB representing Latin America and the Caribbean
(LAC) and also the Vice Chair on Global Fund Country Coordinating Mechanism – Guyana. This
current portfolio also entails networking with both National and International Stakeholders so as
to advance the cause and needs of Transgender individuals and members of the Key Population.
I am a board member for A Global Network for Trans Women and HIV (IRGT). 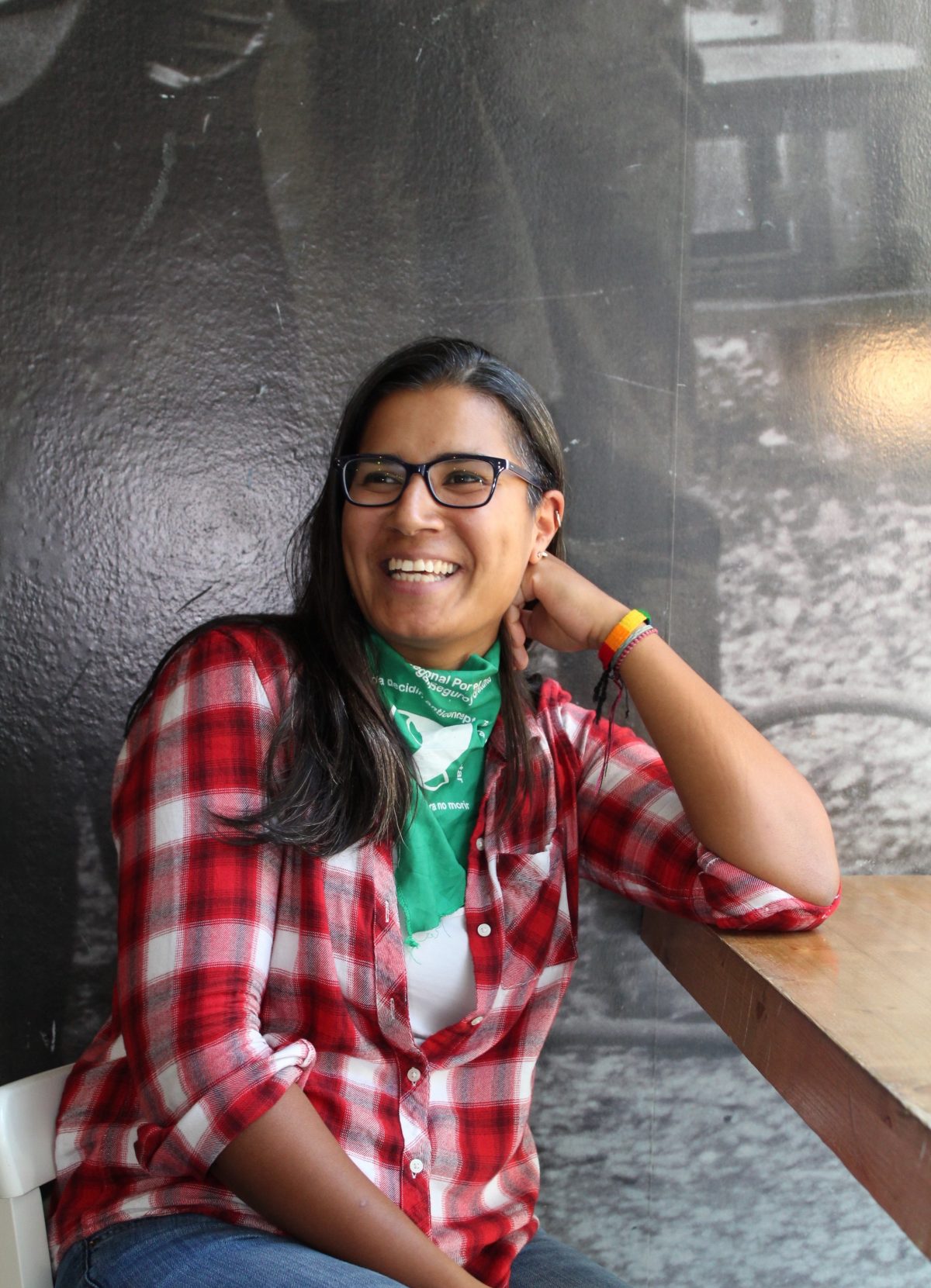 Fanny (Cata) Gomez-Lugo is a feminist, activist, human rights lawyer and academic. She has been an Adjunct Professor at Georgetown University Law Center (GULC) in Washington DC since 2012, where she teaches courses on human rights, sexual orientation and gender identity/expression and sexual and reproductive rights. She is the Senior Director of Policy and Advocacy with Synergía – Initiatives for Human Rights, a cross-regional NGO. She was the human rights specialist at the Inter-American Commission on Human Rights (IACHR), in charge of coordinating the execution of the legal work, projects, and the activities of the Rapporteurship on the Rights of Lesbian, Gay, Bisexual, Trans and Intersex Persons (2012-2016). She is originally from Venezuela, where she obtained her law degree (Juris Doctor equivalent) (UCAB, 2003). She earned a Master of Laws (LL.M.) degree with a focus in international law (McGill University, Canada, 2006). On a scholarship from the University of Chile, she pursued graduate studies on the human rights of women (2007). She completed the Women’s Law and Public Policy Fellowship Program (WLPPFP) at GULC (Washington DC, 2009). She is the author to several publications in the areas of sexuality, gender, and international human rights law. 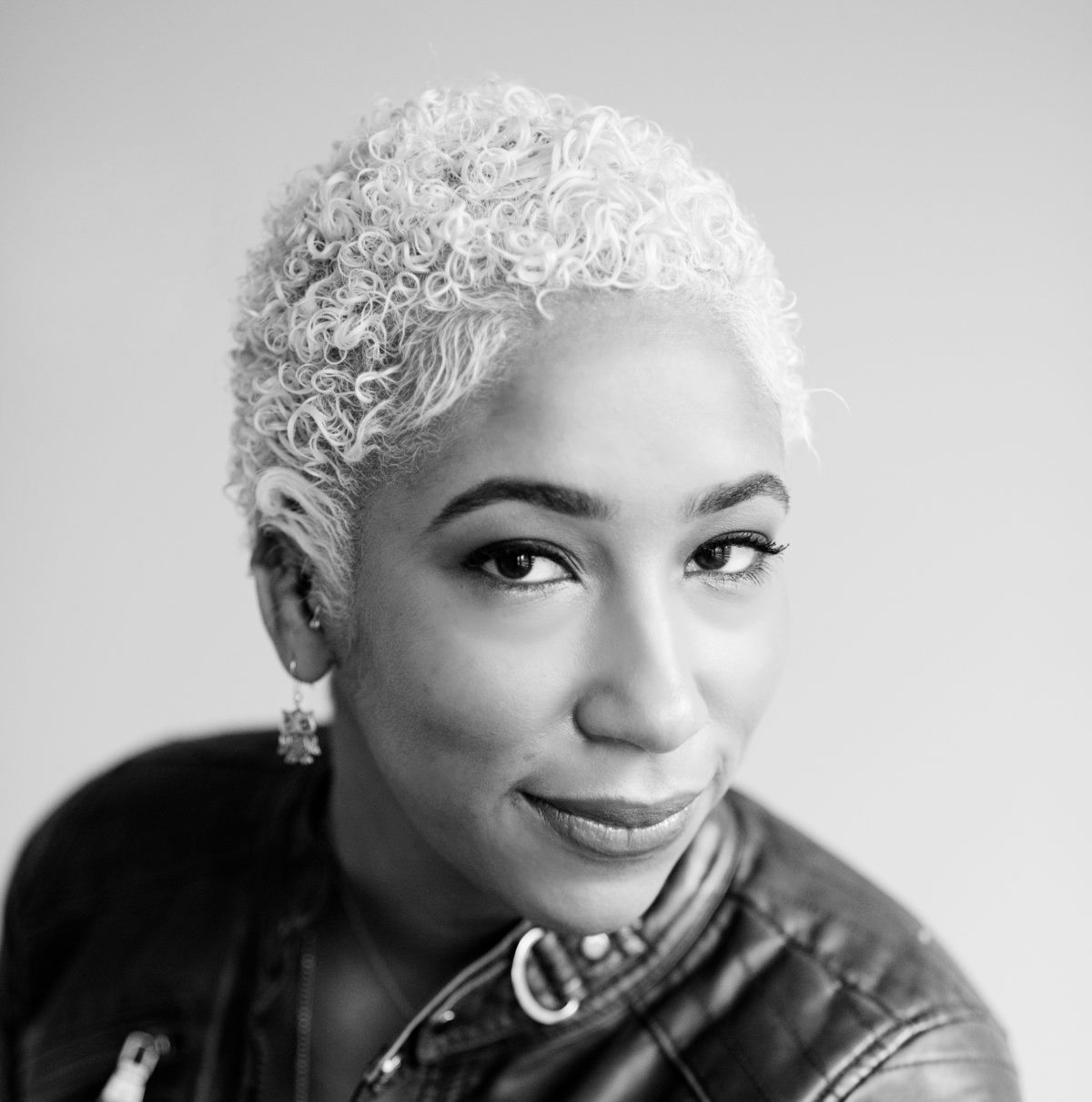 Alicia A. Wallace is a human rights defender with expertise in gender, public educator, and nonprofit consultant from The Bahamas. She is the Director of Equality Bahamas — which promotes women’s rights as human rights through advocacy and community engagement — and a Caribbean Advisor for FRIDA Young Feminist Fund. Alicia is particularly interested in issues of identity, power, and privilege, committed to uprooting systems of oppression, and passionate about activating the feminist imagination. She produces The Culture RUSH monthly newsletter, tweets as @_AliciaAudrey, and always has a forthcoming project, toolkit, or paper. 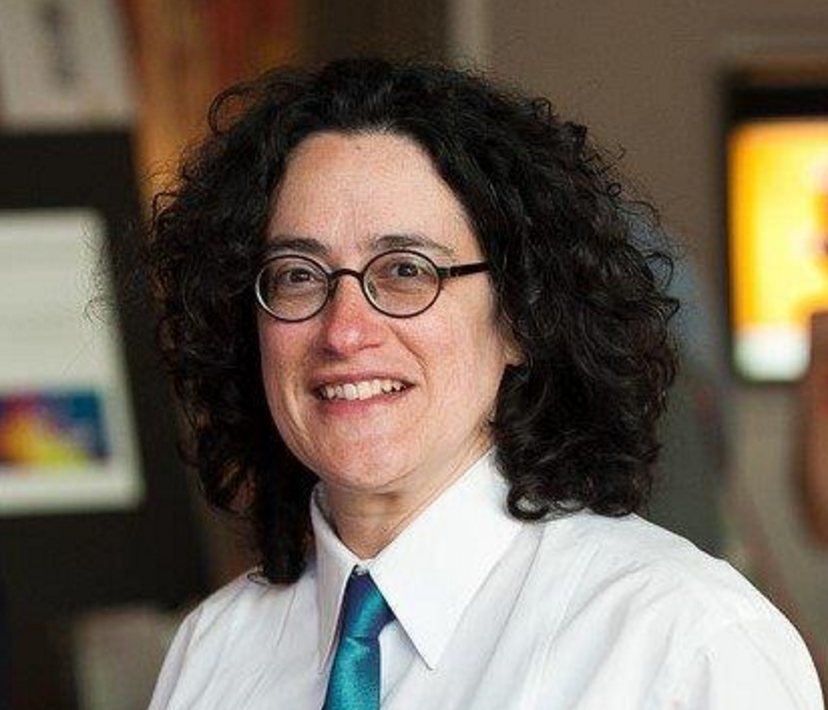 Cynthia Rothschild is an independent activist and consultant with a focus on United Nations advocacy and policy, sexual rights, LGBT issues, HIV & AIDS, and women human rights defenders. A human rights, sexual rights and feminist activist for over 20 years, she has worked with global networks and NGOs within and outside the US, including the Center for Women’s Global Leadership (where she was the Senior Policy Advisor from 2005-2009), and a number of women’s and reproductive rights groups and AIDS service organizations. Cynthia is a trainer and facilitator, and also has supported NGOs in organizational development projects, including in work related to UN advocacy at the Human Rights Council and the Commission on the Status of Women. In 2011 and in 2015, Cynthia consulted with the UN Office of the High Commissioner for Human Rights (OHCHR), where she made significant contributions to the UN’s two groundbreaking reports on discrimination and violence based on sexual orientation and gender identity. She is the author of Written Out: How Sexuality is Used to Attack Women’s Organizing; the co-author of Strengthening Resistance: Confronting Violence Against Women and HIV/AIDS, and Amnesty International’s Crimes of Hate, Conspiracy of Silence: Torture and Ill-Treatment Based on Sexual Identity. Most recently, she edited “Gendering Documentation: A Manual For and About Women Human Rights Defenders.” She was a member of the Board of Directors of the Astraea Lesbian Foundation for Justice from 2010-2015 and of Amnesty International USA in the early 2000s. 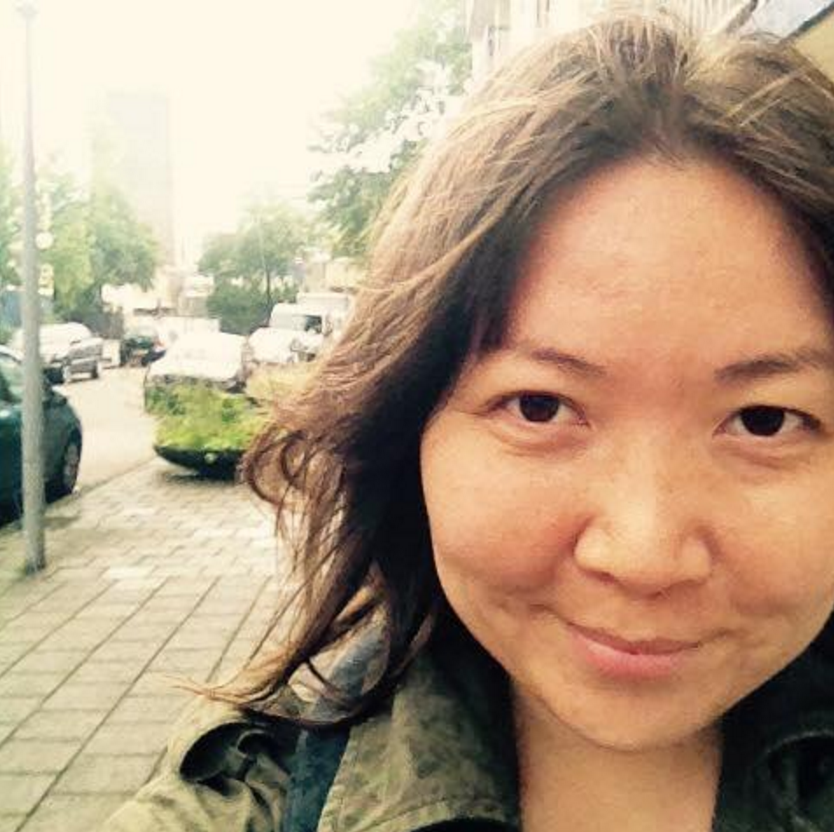 Syinat Sultanalieva is a queer-feminist activist from Kyrgyzstan, who has been working towards equality and dignity for all since 2007 at LGBT organisation “Labrys”. Since then she has been engaged in a variety of projects and positions, ranging from lecturing at the American University of Central Asia (2011-2014) to working as a Communications Manager at the British Embassy in Bishkek (2013-2014). In 2015 she joined the team of COC-Netherlands to work on grant management and capacity building of LGBT organisations and activists in Eastern Europe and Central Asia. She has an MA degree in Political Science from the OSCE Academy in Bishkek (2006-2007), an MA degree in Political Philosophy from the University of York (2010-2011), and is currently preparing to start her PhD studies at the University of Tsukuba, Japan. 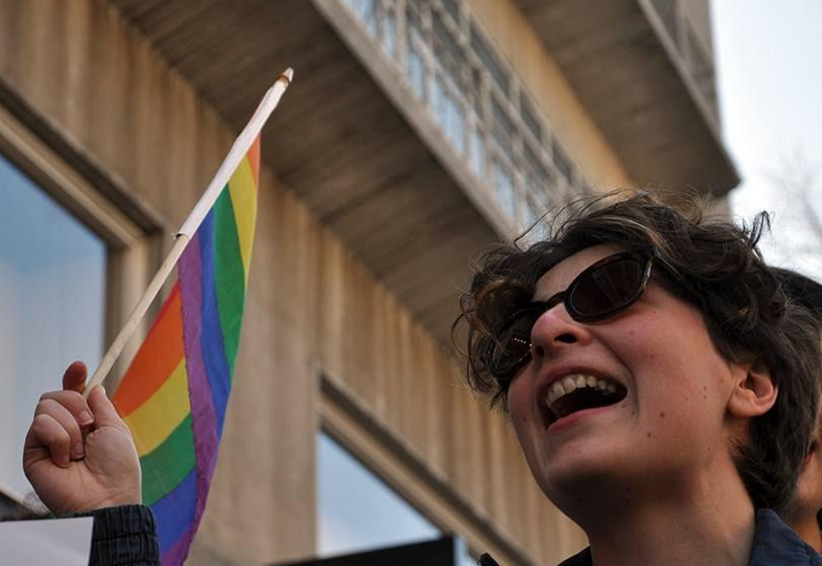 Ekaterine Gejadze works as a Program Coordinator for Women’s Fund in Georgia since 2013. It is the first and only local fund in Georgia openly supporting LGBT rights. Ekaterine is responsible for WFG’s overall program coordination, proposal development and donor relationship building. Ekaterine supervises the Fund’s programs that focus on protection of women human rights defenders, violence against LBT women, protection of women’s reproductive/sexual health and rights, and other programs. Ekaterine is a feminist/queer activist, member of local and international women’s groups, and active supporter of women’s rights. Ekaterine has an MA degree in Gender Studies from the Central European University (Budapest, Hungary), where her research concentrated on women’s political participation in Georgia in the period following the ‘Rose Revolution’. Her thesis was published as a book in 2010. 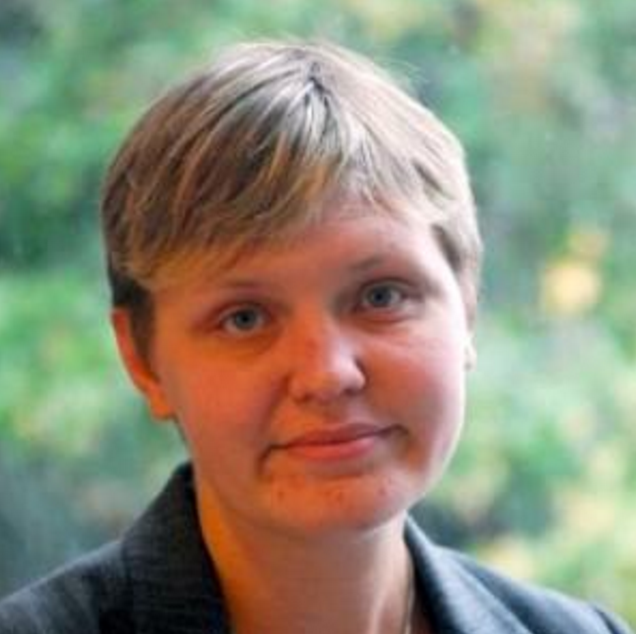 Anna Kirey has just joined Amnesty International’s Europe and Central Asia Program as a Deputy Director for Campaigns. Before that, she worked as asenior program officer focusing on trans and intersex health and rights at Open Society Foundations. Anna has been a researcher at Human Rights Watch focusing on LGBT issues in Eastern Europe and Central Asia. She is also a founding member of Labrys, one of Central Asia’s largest LGBT organizations founded in 2004 in Bishkek, Kyrgyzstan. Kirey, who was born in Russia and grew up in Ukraine, attended Bishkek’s American University and has since attended a graduate program at the University of North Carolina, Chapel Hill, and another at the University for Peace in Ciudad Colon, Costa Rica. 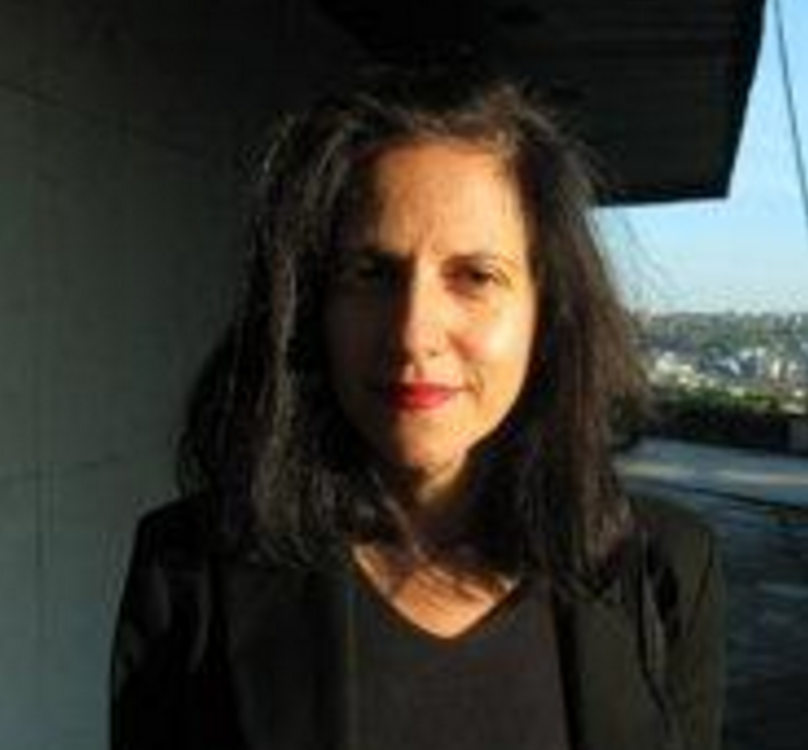 Nela Pamuković, feminist, lesbian and peace activist. Since 1987 active in feminist movement, and member of lesbian group Lila Initiative founded in 1989 in Zagreb. Co-founder and co-coordinator of Lesbian Group Kontra since 1997. Work at the Centre for Women War Victims-ROSA, activist in Women’s Network of Croatia, Centre for Women’s Studies, Coalition of Women’s Groups SEKA, Women’s Court-Feminist Approach to Justice, European Observatory on Violence against Women, etc. One of the founders of LGBT Pride in Zagreb, first one organized in 2002 by Kontra and Iskorak, member of the organizational committee 2002-2006. Teaching on history of lesbian and feminist movement at Centre for Women’s Studies, Zagreb.